What is Brownfield and Infill Development?

The reuse of urbanized brownfield and infill sites utilizes existing infrastructure and maximizes the value of existing resources. Brownfields consist of properties whose expansion, redevelopment, or reuse may be complicated by the presence or potential presence of a hazardous substance, pollutant, or contaminant.[1] These properties include sites with historical use as an industrial or commercial site and are often located in urban areas. According to the NJ Department of Environmental Protection (NJ DEP), there are an estimated 10,000 reported brownfield sites located throughout the state.[2] Of the more than 10,000 sites, some 2,544 acres of brownfields fall into 267 sites that the NJ DEP calls Brownfield Development Areas (BDAs). The NJ DEP has designated BDAs in communities that are affected by multiple brownfield sites in need of remediation. The BDA Initiative, a program of the NJ DEP, assembles large parcels of brownfields and coordinates clean up and redevelopment efforts to elicit a more significant impact environmentally, economically, and socially.[3] 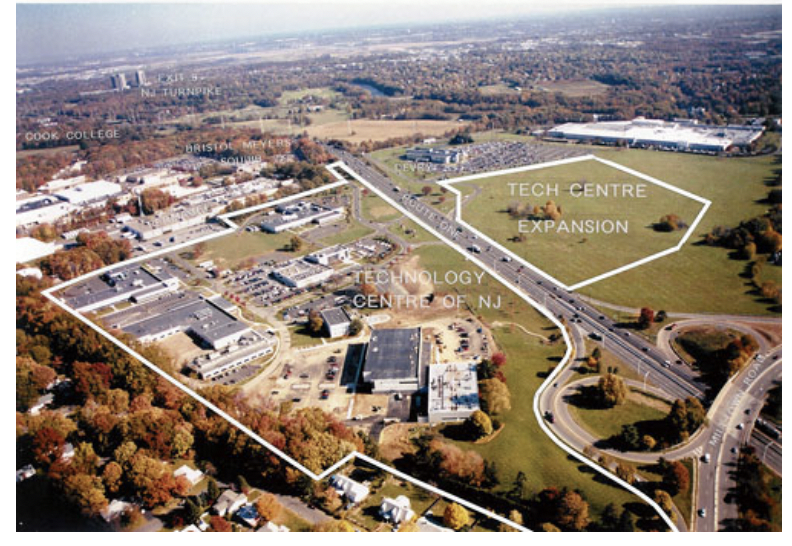 Redevelopment of brownfields and infill development in existing developed areas provides opportunities for alternative transportation such as walking and bicycling and can reduce reliance on the automobile as a mode of transportation (see Alternative Transportation and Transit Oriented Design). These sites also gain value by locating in areas of existing infrastructure (i.e., public transportation, water, sewer, electricity). For developers, there are numerous incentives to redevelop these sites, offering compelling benefits for investors as well. As a community benefit, redevelopment restores economic and social value to the surrounding neighborhood adding value to the community at large.

Once remediated, these sites find a reuse for any type of development, from parks and housing to new commercial and industrial development. As New Jersey reaches build-out, redeveloping brownfields emphasizes the benefit of maintaining undeveloped lands for use as farmland and open space – recognizing that diverse landscapes build value for the developed environment. Brownfield redevelopment revitalizes urban areas, improves adjacent property values, and adds to the overall quality of life for residents and the community.

How to Develop Brownfield and Infill Sites

Conducting an initial investigation of a brownfield site indicates the level of contamination on the property – and the level of cleanup required. This phase is often inexpensive and is a common element of due diligence in real estate development. It is important to realize that many brownfield sites are minimally contaminated, and it may be inexpensive to neutralize or stabilize the site.[4] New technologies, such as the Triad Approach, assess a site both speedily and comprehensively – two significant issues of concern to investors and developers.[5] 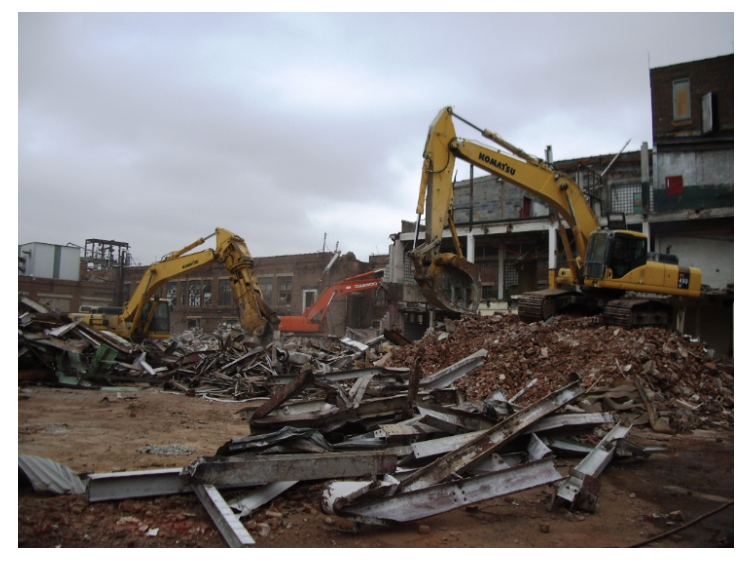 To pursue development of new commercial construction on a contaminated or brownfield site, the developer may follow these steps:[7]

In the So Café case, the owners discovered an old tank during a routine investigation and had to pay charges approaching $124,000 through the Petroleum Underground Storage Tank Remediation, Upgrade and Closure Fund. The owners were both covered for the removal, and a Conditional Hardship Grant allowed them to conduct the cleanup without putting their operating business at risk.[11]

Figure 3 – Sidewalk during and after tank removal (Source: NJ DEP)

A second illustration is the BOMARC Missile Site. This site, among the most complex in the state, involved a discharge of plutonium during an accident at Ft. Dix, New Jersey. The use of Triad fully characterized the site in one effort, whereas conventional site assessment would have required multiple explorations to determine the full extent of the contamination, and the parameters of the required cleanup. 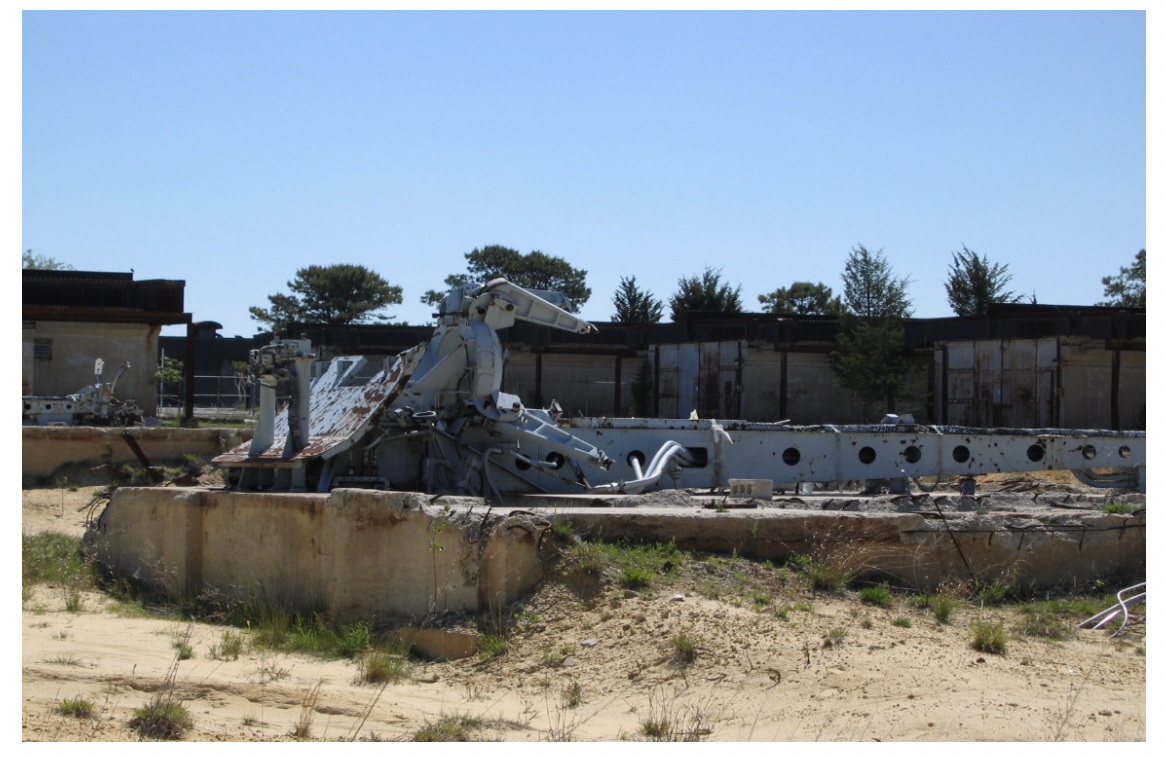 A more typical clean-up site is that of the Crane Pottery property in Trenton, New Jersey, which cost close to $123,000.[12] Most of these costs were eligible for state reimbursement programs, and while the total redevelopment came to $4.5M, the annual tax revenue generated is around $60,000. The site has currently delivered 50 light industrial jobs in manufacturing, warehousing, and distribution, which has provided an economic stimulus locally, and generated additional income tax for the state and the city of Trenton.

Brownfield sites, vacant or abandoned land, or underutilized property, can have substantially lower property costs than other real estate. This can help to offset the cost of assessment and remediation. Due to low initial cost, property value can increase significantly after redevelopment. The surrounding property values can increase when revitalization takes place at brownfields and vacant or underutilized parcels in the area.

The State of New Jersey has created multiple funding streams for brownfield development that may be available to developers. The Office of Brownfield Reuse administers the Hazardous Discharge Site Remediation Program, the Brownfield Reimbursement Fund Program, and the Landfill Redevelopment Program. Federal tax incentive certifications may also be available. Incentives and programs are subject to change. To determine what incentives are available, developers should meet with a representative from the NJ Brownfields Redevelopment Task Force.

The New Jersey Hazardous Discharge Site Remediation Fund (HDSRF) created a partnership between the NJDEP and New Jersey Economic Development Authority (NJEDA) to provide remediation funding for innocent purchasers. An innocent purchaser is an individual who, “by an honest agreement, buys property in the absence of sufficient knowledge to charge him or her with notice of any defect in the transaction.”[14]

The Brownfield Site Remediation Program reimburses developers up to 75 percent of remediation costs based on new taxes developed from the brownfield project.

Due to the location of most brownfield sites, there is the benefit of being close to existing markets. This is also true when pursuing infill development within already developed areas. Urban areas provide the necessary density that other areas cannot for certain types of businesses. Locating a business near an existing market or in a densely populated area can ease the costs of remediation, alleviate the higher cost of land in an urban area as opposed to a greenfield, and limit the costs associated with marketing and attracting business.

Cleaning up brownfield sites or redeveloping vacant, abandoned, or underutilized land can revitalize urban areas. By promoting infill and creating denser walkable communities, cities can improve the sense of community among residents.

Many brownfield sites contain some level of a contaminant in the soil. These contaminants can be harmful to human and environmental health for the surrounding area. Also, rainfall can transport pollutants into groundwater and negatively impact downstream sites. Brownfields can pose a health risk to the people living nearby and to waterways in the area or downstream. Remediating and stabilizing these sites can improve overall environmental quality and avoid potential environmental and human health risks.

According to a summary of the US EPA’s Brownfields Program, as of January 2018, 129,240 jobs had been leveraged nationwide since the program’s inception in 1995.  Besides, finding uses for vacant, abandoned, or underutilized properties can create jobs both in the development of the project and afterward. Since these are in dense urban areas, developing mixed-use buildings on these sites can generate jobs even after the construction phase of the project.

Figure 5 – A brief synopsis of the Brownfield Program’s financial achievements (Source: US EPA)

There is often sizeable public support to remove brownfield sites and the potential health risks they might pose. Also, vacant, abandoned, underutilized land can bring down property values in the area and residents are often in favor of addressing these issues and improving the aesthetics of the community.

The cost of brownfield remediation varies substantially, depending on the extent of the contamination and the intended reuse. Because a brownfield is considered a site that may be contaminated, a remediation investigation may reveal limited contamination, in which case, the remediation cost is minimal. In cases where a heating fuel tank was buried and leaked, the damage can be extensive, but, again, may be relatively inexpensive ($10,000-$100,000). For more complex sites, which have multiple contaminants and higher levels of contaminants, costs can run in the millions.

A significant area of cost is that of uncertainty. In instances where the property has been in industrial use for many years, there could be contaminants that predate any tracking systems, making them difficult to anticipate and requiring more than one investigation. Triad is a recommended program because it fully characterizes the extent and type of spill all at once, whereas traditional approaches tested where they expected to be the extent of contamination, and, if they were wrong, had to go into the field a second time and test again. In some instances, these repeat tests could delay projects by months. Though Triad is more expensive initially, for complex sites where there is an extensive industrial history, it can expedite the clean up significantly. The level of cleanup required also determines the cost. In New Jersey, non-industrial cleanup requirements (such as would be required to build housing on a previously industrial property) must meet a higher standard than a cleanup for a property returning to industrial use. Depending upon the project, some developed brownfield sites require ongoing monitoring by a responsible party as determined.

Brownfield reuse offers multiple environmental and resiliency benefits by reducing the number of impermeable surfaces in a given area, especially by preserving open space and park space. Instead of developing existing greenfields, which can be critical natural habitats and create more stormwater runoff (through higher levels of asphalt, concrete, and other impermeable surfaces), brownfields use existing, impermeable sites.

Redeveloped brownfield sites can serve as an emergency headquarters or storm shelter in underserved areas that could house mobile assistance; for example, serving as a location for food trucks or mobile health services. Other reuse may include warehouses with solar panels for backup power generation, or broadband and wireless access to support communications/dispatch mobile services.

[7] Content for this section draws on two interviews, cited below.

[10] In New Jersey, the Site Remediation Reform Act (SRRA) (2009) outlines the process for remediating contaminated sites. Under the SRRA, approval is not required by the NJDEP before beginning the remediation process. According to the SRRA as of 2012, any remediating party is required to use a Licensed Site Remediation Professional (LSRP) and must start the cleanup without NJ DEP approval. The SRRA established the LSRP program. Qualified professionals receive a license from an LSRP Board to conduct remediation of sites in New Jersey.